The Museum is currently in the process of being relocated. For more information on efforts, please visit our Museum page.

Do you have items to donate that might be of interest to others?

The Museum Curator is responsible for accepting, evaluating, assembling, managing, and presenting/displaying collections in the Museum.

The Curator ensures that donated items are inventoried, stored, repaired, or otherwise readied for an exhibit or display and rotates exhibits and displays as appropriate in the Museum

Email or contact any Illinois State Police Heritage Foundation Board member with questions or for more information.

View more information about the ISPHF Board…

ISPHF board members will, in consultation with the donor, complete a Museum Memorabilia Donation form. The purpose of the form is to capture all relevant contact information for the donor, identify, catalog and inventory objects being donated.

Upon acceptance of the donated memorabilia, you will receive a tax-deductible donation thank you letter from the Museum Curator with any special disposal information noted.

Items may be displayed on the Foundation website or in marketing materials.

The ISPHF gives their sincere thanks to everyone who has donated items to the Museum.

On Loan to the ISPHF Museum is the Death Mask of John Dillinger. John Herbert Dillinger, born June 22, 1903, was an infamous American gangster active during the Great Depression. He operated with a group of men known as the “Dillinger Gang” which was accused of robbing 24 banks and four police stations, among other crimes in the Midwest. Dillinger escaped from jail twice. On July 22, 1934, police received word Dillinger and two female companions were at the Biograph Theater in Chicago, Illinois watching a movie. Federal agents, led by Melvin Purvis and Samuel P. Cowley, moved to arrest Dillinger as he exited the theater. He drew a Colt Model 1908 Vest Pocket and attempted to flee but was killed.

Death masks may be mementos of the dead or be used for creation of portraits. The main purpose of the death mask from the Middle Ages until the 19th century was to serve as a model for sculptors in creating statues and busts of the deceased person. Not until the 1800s did such masks become valued for themselves. Death masks were usually reserved for famous people and in Dillinger’s case, infamous ones, too. 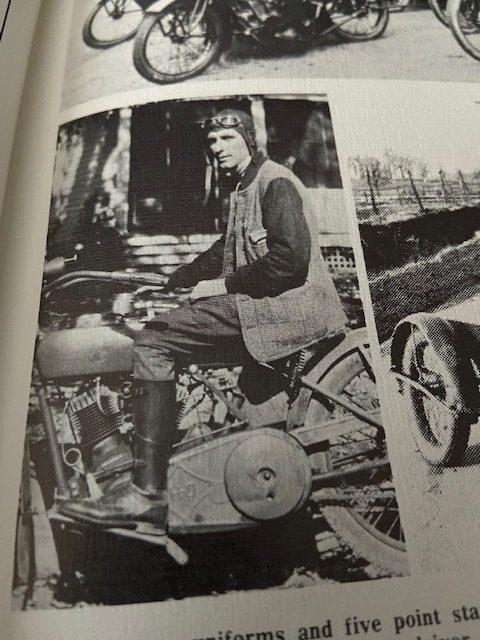 World War I surplus puttees, breeches, belts, caps, and a few pilot’s helmets were used by Illinois Highway Patrolmen under the leadership of the 1st director John Stack. The Museum has a pair of the boots worn during that time period.

A puttee is a long strip of cloth wound spirally around the leg from ankle to knee for protection and support. They provided protection while riding motorcycles. Breeches are pants, knickers, or shorts worn from the waist to just below the knee. 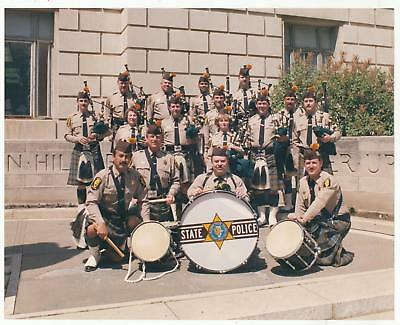 This is a nameplate from one of the 1st eight officers back in 1922 under John Stack. Lt. Col. O. W. Kempster was part of Stack’s Berger Gang investigative team.